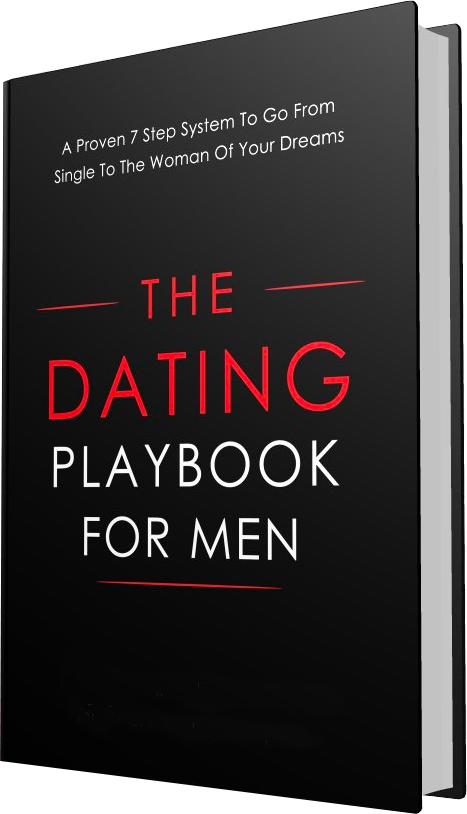 START HERE 👇DON'T DROWN IN THE DETAILS.
GET THE FUNDAMENTALS FOR FREE

JUST SUBMIT YOUR EMAIL TO GET:
- The first 50 pages of "The Dating Playbook"
- 11 simple must-use apps and tools
- "5-Bullet Friday"
- Weekly attraction tips and tricks

Let me start by saying that it’s not my contention that I never get jealous when one of my more serious women has sex with some other guy. I’m a confident, outcome independent Alpha Male 2.0 with a strong Mission, so I don’t get very jealous, nor do I get jealous often like normal men. I have much more important things in my life to concern myself with than worrying about if the woman in my life is out having sex (usually bad sex) with some beta male who drools all over her like a starving puppy. These men are not my competition anyway. After all, jealousy can have some disastrous consequences.

Regardless, I can feel a little twinge of jealousy sometimes. It’s not common but it can happen. I’m human and a little bit of this OBW is unavoidable.

During those rare times when I feel this twinge, I come to a complete stop and remind myself of three facts:

First, I remember that my jealousy is completely obsolete in the modern world, a holdover from my outdated caveman DNA from 100,000 years ago when child-bearing women were scarce commodities and sexual jealousy did actually serve a survival-and-replication-based purpose. As we’ve discussed, monogamy was further reinforced in society when we became an agrarian people, and needed children to work on our farms. We men needed to make sure that their children were really their children and not their neighbor’s children. This monogamy-enforcement was worsened by religion in later years.

The problem is none of these things are factors any more. Nowadays we have DNA paternity testing that specifically identifies if children are yours or not. We also have literally hundreds of millions of single, young, attractive women all over the planet who will happily have sex with you without you having to marry them or promise them anything.

Under these conditions, sexual jealousy no longer serves a rational, functional purpose. It just pisses you off for no reason. In psychological terms, jealousy is a huge mental burden, so avoiding it is all the better for your life.

Whenever you’re getting sexually jealous, it’s just Grog again. He saved your life back when you were living in a cave or on an ancient farm, and that’s great. Now, in the 21st century, he’s just an obsolete idiot, serving no purpose whatsoever, other than pissing you off for absolutely zero reason and causing you to act like a child.

That brings up another point. If you’re a jealous person, you’re going to be jealous no matter what relationship type you choose. Monogamous, open, semi-open, swinger, polyamorous, it doesn’t matter, if you have a jealous personality, you’re going to be jealous. The problem isn’t the relationship model you choose, and it’s not the partner you pick; no, it’s your jealousy issues.

Third and most importantly, I remember all the huge negatives of monogamy that I never have to worry about. This includes:

I ask myself this: Would I take the one negative of occasional jealousy (some of which I would feel in a monogamous relationship anyway!) instead of the ten (or more) negatives of monogamy?

Of course I would. I would happily trade in ten negatives for one negative. That’s smart. Especially if my goal in life is consistent, long- term happiness, as opposed to intense but temporary happiness followed by unhappiness, which is what monogamy gives people.

This is the thought that usually does it for me. I feel the little pang of jealousy, remind myself it’s an emotion with no reason, and it’s a very tiny price to pay for the massive amounts of freedom, joy, and happiness I have in my life by not being monogamous. Sleeping with all the women you want with the permission of the women you’re already having sex with, without having to hide it, is a really, really good deal.

Having a healthy self-esteem, a full life, exciting goals, and a strong Mission also helps, as we’ve already discussed in prior chapters.

If none of that is doing it for you, you can utilize a visualization technique first taught by Harry Browne back in the 1970s23, when nonmonogamous relationships started to become more recognized in society.

Just by doing this, you may realize that your jealousy wasn’t nearly as bad as you first thought. You may visualize this and get a twinge of jealousy, but then think, “Eh, no big deal. This isn’t as bad as I thought.”

On the other hand, upon visualizing this for the first time, you may suddenly feel very hurt, violated, or angry. Grog the Caveman will start screaming his head off in your mind, and you may even get visibly upset.

This is fine. The angrier you get visualizing this, the more you need to visualize it. Keep going, keep visualizing. Work through the hurt, fear, and anger you feel. If you’re like most men, after a few minutes your anger and hurt will diminish. After a while, it will bother you so little that you may actually be distracted and want to go do something else.

Repeat this technique a few times over the next few days or weeks. Every time you do it, you will probably feel less jealous. Keep reminding yourself of the three anti-jealousy facts above as well.

Jealousy is a solvable problem. Never use it as an excuse to not do what will make you truly happy in the long-term.

START HERE 👇DON'T DROWN IN THE DETAILS.
GET THE FUNDAMENTALS FOR FREE

JUST SUBMIT YOUR EMAIL TO GET:
- The first 50 pages of "The Dating Playbook"
- 11 simple must-use apps and tools
- "5-Bullet Friday"
- Weekly attraction tips and tricks